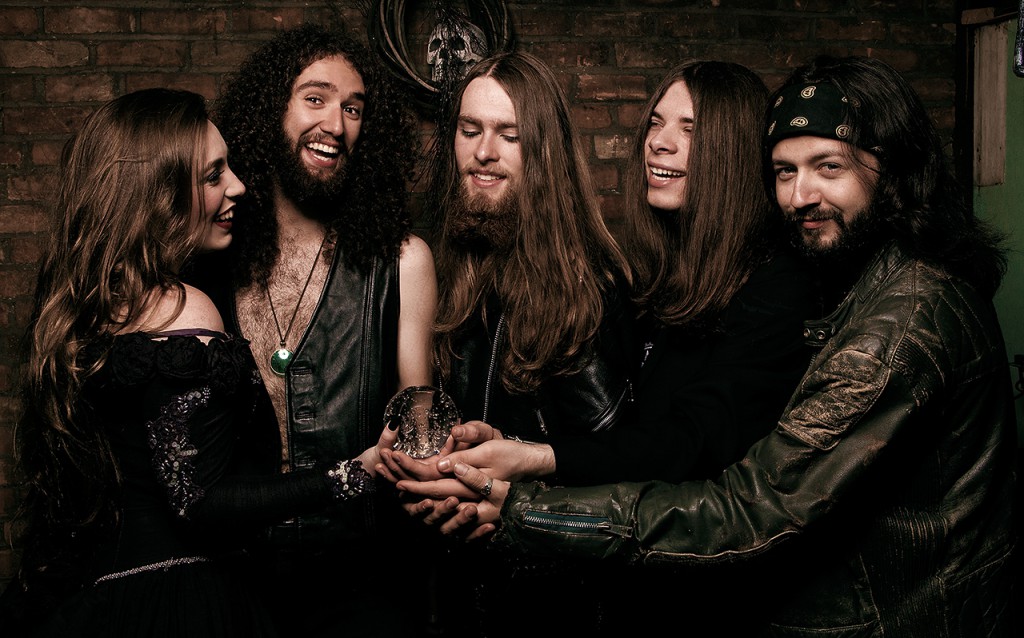 I recently had the extreme pleasure of working with a local Metal rock band to shoot images of the band for promotion.

I met the lead singer (Bailey) and one of the band’s guitarists (Nathan) at my studio to consult as to what would best represent the band and what “feel” they were going for. After talking about music, influences and imagery, we decided to go for a gritty, punchy series of images. We would shoot some in the formal studio on black seamless and then finish the shoot with a series of captures in the basement area of my studio. Shortly after our meeting, Bailey sent me some demo tracks to listen to, to get a feel for the band’s music.

The band arrived on the day of the shoot ready to roll and we spent two and a half hours shooting what I think is a pretty darned good set of images. We started on the main floor of my high key white wall studio with a wide roll of black seamless. Using a 3-light setup, we proceeded to capture group shots of the band and individual shots of each band member; Bailey, Nathan, Michael,  TJ and John on black. Before moving to the studio basement, we captured one last set of images of Bailey in the lovely gown she would use for the basement shots.

The basement area of my studio is a grungy, unmaintained space full of character; old bank vaults, an old coal chute, a large metal sliding door, aged and exposed red brick and, of course, a lot of spider webs and dirt.  We chose a few good walls to shoot on and again captured some personality shots of the band and individual shots of Bailey complete with rich, backlit fog.

All in all it was a great time! See more of ATMORA in the slideshow below!
Atmora is comprised of Bailey Soulliere on vocals, Nathan Schiller and John Serio sharing Guitar duties, Michael Schiller on Bass and TJ Dowhaniuk on drums!
You can find Atmora on Facebook

This entry was posted in Celebrities, Photoshoots, Portraits, Studio Sessions.