Product photography is a genre of photography that I have been active in for a number of years, mostly contributing to traditional stock and microstock libraries and also working with local clients when commissioned.

A number of years ago when I was working overtime hours as a software developer, web designer, webmaster and general Internet support person (way too many hats) for Amiga, Inc, a Washington Corporation who purchased the trademarks and rights to the operating system that was at the forefront of multimedia computing (see the Amiga Wikipedia article for more information), I received an unexpected package at the door.  The small box said Fossil on it but gave no clues as to what the contents were or from whom it was sent. When I opened it, I chuckled at the absurdity of working so hard and being owed so much money (due to legal battles that were draining the company’s funding and a lack of funding sources, so employees were not being paid — and were given the option to hold out until funding could be secured or move on to find other employment) and being sent a lousy watch as gratitude for being patient and believing in the dream..

Fast forward to today. Smart appliances are here and such cool devices as the Apple watch, smart jewelry and other lifestyle-changing inventions that are being embraced by consumers. These devices may not save lives or cure cancer but they do make our lives easier and sometimes more fulfilling through convenience, when we aren’t sitting in coffee shops interacting with our devices rather than communicating with the people we are in the company of. Many of these inventions (or at least some of the ideas behind them) sound familiar to me because way back when, one of the company owners, a cunning linguist named Fleecy, a British gent of good spirit and an amazing talent for seeing ahead to what would be the “next big thing” was coming up with extensive descriptions of services for devices. When discussing future direction, he would speak of smart devices. Not vague descriptions but such real applications as home appliances harnessing the power of the internet for home automation, etc.  He was talking about the technology of today as many as 8-10 years ago! If only the company had the resources back then.. <sigh>

In any case, I figured after all this time I would make the best of it, and make the watch a personal project; to photograph it for my portfolio not only because I want to attract more/better commercial clients but also because I wanted to have the watch here on my blog as reminder of things that passed and what might have become of it all had things went the way everyone hoped.

I don’t know how many were made and/or if it is a collector’s item but here it is.. the Amiga Fossil Watch; a gift to me from Amiga, Inc. for a job well done. 🙂 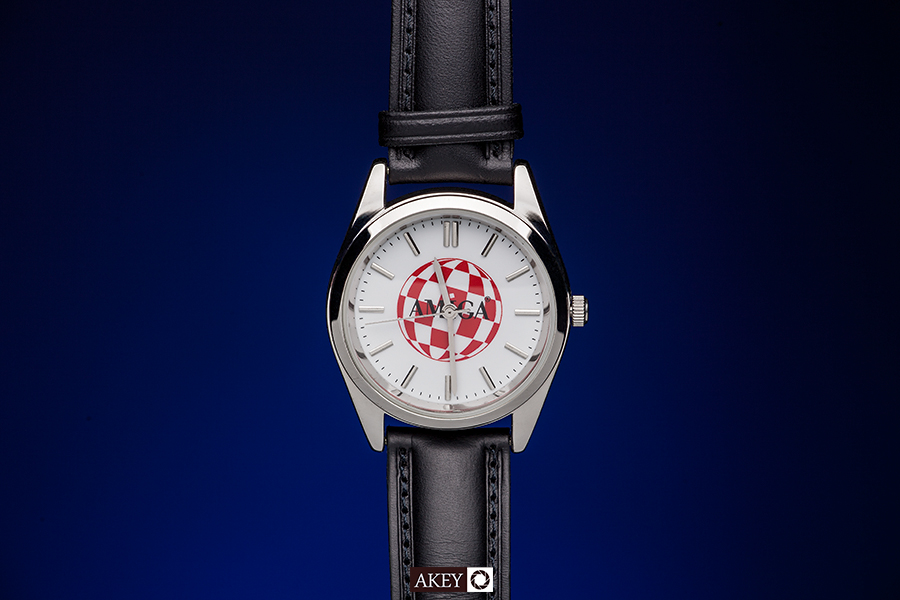 If you are looking for a product photographer, from small parts such such as jewelry to large electronic devices or technology, feel free to contact me to discuss your needs.

This entry was posted in Commercial, Microstock, Photography and tagged commercial, photography, products.